THIS TWILIGHT ZONE EPISODE IS WRITTEN IN CANADA

I stepped into a 1960’S Twilight Zone episode when I moved my family from Ontario Canada to southern California in 2010.


Suddenly, I found myself caught in the hackneyed Rod Serling plot wherein the place I had been didn’t exist anymore, and my annoying pleas to my new neighbors fell on deaf ears.  In my fantasy I was played by Earl Holliman (a perfectly fine actor) or Bill Shatner (pre-Star Trek and also a perfectly fine actor); my plea was “But there is somewhere else out there!  I’m telling you!  There is!”  (The acting was always at fever pitch in TZ, even in the first act, and really, who doesn’t love that?)


That ‘somewhere else out there’ I was shouting about (the more I think about it, maybe I’m a young Dennis Weaver) is anywhere other than the United States.


That’s right: it’s not just poor, befuddled yet agreeable Gary Johnson who can’t name a foreign leader -- most Americans I know can’t hold a two-minute conversation about a foreign leader or country, present-day.  I add the qualifier ‘present day’ because being forced through AP-EURO in high school doesn’t count, nor does studying the economics of the Ottoman Empire for your master’s degree in “econ” before you went to join the Gringotts at Goldman-Sachs; nor the layman’s knowledge of World War II gleaned from watching old Band of Brothers episodes on Netflix.  I’m talking today.


This song is old, but the oldest songs are sung because they’re true.


The very smartest people I know in the United States might be able to talk about the Middle East as per the last 48 hours, but it’s always in the form of a game of Risk, or one of those interminable Star Wars sequels where Liam Neeson and the other guy whisper in frantic tones about “swearing allegiance to the federation” and “shoring up the rebel forces!”  But on the level of knowing -- who is the Prime Minister of Canada, President of Mexico, leader of the UK, what it’s like to buy bread in France, going to the doctor in Australia -- the cliché wins: Americans don’t know there’s anything else out there.


Worse: if they do, they can’t imagine what it matters.


Aye, there’s the rub.  In the American world view, America is still the star of the movie (Dwayne Johnson), and every other country is an overacting, rubber-necking extra in the background, trying to get noticed.


In light of the current meltdown in American politics, this is tragic.  Maybe even a Greek tragedy.  (Greece, by the way, is that country which fell apart because they didn’t adopt American free-market principles).


Because if Republicans as a gang took a gander at very recent Canadian history, they would feel so relieved they – well, they wouldn’t believe it, folks!   In fact, they could stop running around like gasoline-covered rats in the halls of the Capitol, return home to Niggerhead (Republican candidate Rick Perry’s vacation home), crack a cold one, and wait this one out.


Because here’s the story:


A center-right conservative party of enormous power is brought down by a demagogic leader of oily charisma as well as a group of Far Right Crazies who appear out of the hinterland equipped with quasi-religious fury at all government. The party is virtually destroyed (the italics are important), but rises again from the ashes to rule the land, wearing almost the same colors it had worn before.  Can’t you just see a young black and white Bill Shatner shaking you by the lapels shouting, “I’m telling you, this has all happened before!!!”


It did.  The party was the Progressive Conservative Party of Canada, the leader was Brian Mulroney, and in 1993 they were felled by Mulroney’s own Big Boss ham-fistedness and a group of quasi-religioso conservatives from the far right called the Reform Party.  Even more amazing, the person who felled the PC party was Jean Chretien, dubbed “yesterday’s man,” a political hack of the first order who had been around for decades and whom no one in particular had any enthusiasm for.  Similarities abound!  We even had a “first woman in the highest office in the land,” although this was the newly inducted PC Prime Minister, Kim Campbell.  The national distaste for Mulroney (it really had nothing to do with Kim) slashed the Conservative party’s sway over parliament from 169 seats to… 2.


Everyone said that this was the end of the Progressive Conservative party.  And, in fact, it was!  Kind of.  The Reform Party (read Tea Partiers) won more seats than the PC’s, yet by the 2000 election the Reform and PC’s had patched up their differences and called themselves the Alliance, and by 2006, the ruling party of Canada was – the Conservative Party of Canada!  This was headed by Stephen Harper, whose greatest political legacy is the adroit rebuilding, rebranding, and re-powering of the same old stuff in a different can.


I’m convinced with American know-how, a little elbow grease and a lot of moxie, this time-line can be cut in half.  And why not?  Whereas Liberals in Canada have a history of taking a bad thing and making it better, Democrats in the US have the ability of snatching defeat from the jaws of victory.  This thing is in the bag.


But now we come back to the caveat.  The caveat is knowing.  Knowing that Canada exists.  Knowing that there’s, in fact, any country past Maple Street. But that probably isn’t going to happen.  So that leads to the last shot of this particular Twilight Zone episode:
Two Canadians/aka aliens, done up in wonderfully cheesy 1960’s alien outfits (I’m picturing Mulroney and Harper, with styrofoam antennae), shaking their heads as they observe the Americans down below racing around tearing each other’s throats out: “If only they knew others existed.”  The Mulroney alien nods and says, “But they don’t.  So they’ll never learn.” 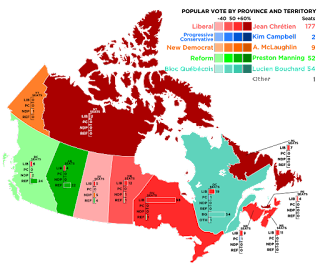