AMERICA HAS TO GET RID OF ONE GUY 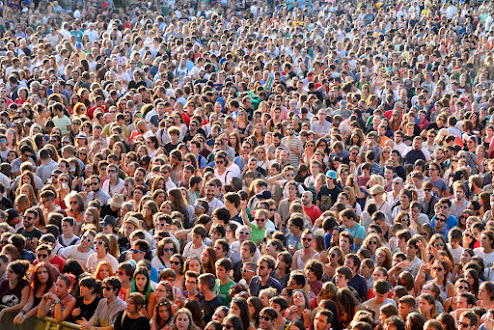 If this country is to continue in any form worth living in, Americans -- the most privileged, hopeful, ill-educated, industrious, ingenious, and prejudiced people in history – are going to have to do three things that seem beyond them at the moment.

1)    They are going to have to learn about the actual political structures which rule their lives.

he last one is going to be the hardest. The naïve thing.

Go across America. Talk to real Americans. I don’t mean people who read or are published in the New York Times, I mean people at a gas station or at Subway. Here’s the truth: if you scratch any American, they bleed the flag. If you ask them how the country is going to overcome some terrific challenge, the solution is, "But this is America.” And when presented with ugly truths about how the nation treats its people, the defense is almost always, “But this is greatest nation on earth.”

The country has to get rid of this bullshit. Especially that absurdity about the greatest nation on earth. As if there’s a contest going on. Like Ford vs. Ferrari.

Most importantly, I think, America has to reckon with the ugly reality that for a nation that touts its democracy, it is ludicrously susceptible to what I consider the “one guy” killer bullet. Which isn’t democracy at all.

Here's what I mean.  Ask yourself if this makes sense:

It’s possible the rights of all women are going to be pushed back more than a generation and even the reasoning of basic judicial liberalism. Why? Because Ruth Bader Ginsburg died.  One guy.

Who is going to decide if a new Supreme Court nominee goes to the Senate floor and when to bring about these draconian changes? Mitch McConnell.  One guy.

Prior to Ginsburg’s passing, in the almost sure event that the Presidential election is challenged and it winds up in the Supreme Court a la Bush v Gore, who would decide who should be the next President of the United Sates and determine the future of the nation? John Roberts. One guy.  (By the way, we used to think these decisions belonged in the House, but screw that, let’s go for the one guy thing; it’s easier).

While we’re at it: the Supreme Court did indeed put George Bush in the Presidency by a 5-4 vote. Meaning, one guy. This gave us the two longest and most mindless wars in American history, along with all sorts of other atrocities based on sheer hubris and incompetence. Caused by?  One guy.

And, most obviously, who has effectively – and purposefully -- ripped the country apart in the last four years, while allowing his psychopathic selfishness and sheer incompetence to kill more than 200,000 Americans thus far (along with his other crimes)? Donald Trump.  One guy.

Why wasn’t this mentally ill man stopped by anyone in, say, the Senate? Mitch McConnell.  One guy.

Why hasn’t the Justice Department done anything? William Barr. One guy.

We can’t we even run across the border and escape to Canada or hop a plane to Europe to escape all this madness?  One guy.

I ask you, is this any way to run a railroad?

So why doesn’t anyone jump up and down? I don’t mean just about Trump or McConnell or Barr per se, but about the very system that would allow so very few to run roughshod over the chances of life, liberty, and the pursuit of happiness for so very many?

Well, obviously because the very many don’t realize that the system itself is the problem. And it was from the very beginning.  Like the Pinto, this thing was built with some really fundamental problems.

But the reason they don’t know this is because Americans are taught -- from the moment they enter kindergarten – that the American system is the greatest system in the world bar none, end of discussion, nothing more to say, put a cap on that one.

And if you doubt what school taught you, no worries: later in life you’ll get historians like Jon Meacham or Michael Beschloss to assure us all that America has faced much worse than this and everything is going to be okay.  Usually this is delivered with a smile and a twinkle and an indulgent chuckle because, after all, having read so many books, they know and you don’t. (You know, I like Meacham, I’ve read his books, but is he paid a nickel every time he tells us all that the misery we’re living through is nothing, nothing, and when does he start to wonder if maybe he’s wrong in this post nuclear age or perhaps insensitive?)

I’m telling you, it’s a country of the naïve and hopeful. And those who are supposed to give us the goods are among the most naïve of all.

Naive: how about the Mueller Report coming to save us all?

How about Senator Susan Collins’ explanation for her voting against Trump’s impeachment? “I believe has learned from this case. The President has been impeached. That’s a pretty big lesson.”

Let's go back a few years, so this doesn't all become Trump era centric.

Who said this, right before the Iraq War?  Question: “What if we go into Iraq and there are no Weapons of mass Destruction?” Answer: “I think the chance of that happening are about zero.”  Bob Woodward. Yes, that Bob Woodward.

While we’re on life right at the start of the Iraq War, who made this cringe-inducing statement?  "George Bush is the President, he makes the decisions, and as just one American, wherever he wants me to line up, just tell me where and he'll make the call." Answer: Dan Rather. Jesus, Dan.  What did you even mean? (And yes, he was the CBS anchor at the time).

How about NBC's Chuck Todd’s 2019 astonishing admission to Rolling Stone that he recently realized he’d been wrong in his assessment of how politics in general works in Washington? The article was clear: “Republican strategy, [Todd] now realized, was to make stuff up, spread it on social media, repeat it in your answers to journalists — even when you know it’s a lie with crumbs of truth mixed in — and then convert whatever controversy arises into go-get-em points with the base.” Todd admitted he was “naïve” about this kind of disinformation campaign.

But it isn’t just Chuck. It’s everyone. Witness the shock over Trump’s statements about the military and his lies about COVID weighed against his core and basic indecency. Why in the world is anyone surprised?

Bringing it back to my three points about what America is going to have to do if it’s remain relevant, or even alive, in the next generation:

Learn about its structures.

To fix this, I’ve invented a couple of basic solutions everyone should consider in order to fix this busted hot water heater of a country.  In no particular order:

1)    learn that the President of the United States is not supposed to be a King or Daddy.  There are three equal branches of government. And get rid of the plane and the song when he enters a room.

2)    admit that all three of these branches are hopelessly corrupt and broken.

3)    the Supreme Court, in particular, is one of the most political bodies imaginable. Get rid of the 9 Justice nonsense and give the House a role in advising and consenting on judicial appointments.

5)    consider that people on TV might be full of shit.

If the people of the United States took any of these five ideas to heart and acted on any of them, imagine how things might change.  For one thing, people might stop jumping up and down and screaming like hyenas at rallies while wearing red Maga hats; pundits on cable news might stop fear-mongering over “the end of democracy” because one small, powerful, admirable, but not irreplaceable woman died at 87.

But we won’t do any of these things.  And you want to know why?  Because “greatest country on earth.”