US vs THEM, AND WHY WE SHOULD FEEL GOOD 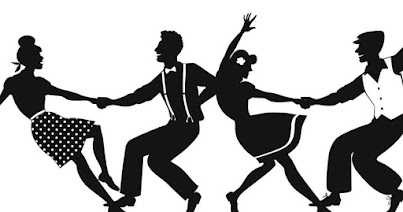 The smart people seem awfully smart this morning. There’s a lot of writing in the New York Times, the Washington Post, the Wall Street Journal, Salon, Slate, and the Atlantic – not to mention all those other publications I land on as a result of clicking on articles based on other articles I’ve clicked on – all about the end of American democracy. Even the National Review. Who knew?

And these articles and editorials contain even more circular sentences and qualifiers and caveats than usual, so it must be getting pretty bad out there.

I’m getting pretty sick of myself for reading this stuff.

I’m also starting to wonder how I let this happen. How did I allow my life to be consumed by wandering around in this particular Dante’s Inferno, led not by Virgil but by Frank Bruni of the New York Times? Or maybe it’s Michelle Goldberg. Whoever it is, I know that I don’t belong here, because I am, at the end of the day, an Us and not a Them.

Yes, there really is an Us vs Them. A Division of Humanity. We’re not supposed to say that but I’m telling you such a thing exists. That’s why I put the D and H capital letters in there.

This Division of Humanity is something I woke up to around the age of ten or eleven, and I have held to it since, with more less intense belief depending on how stupid I was at the time.

The Division of Humanity (Us vs. Them) transcends all nationalities, races, genders, who you want to have sex with, who you don’t, yadda yadda yadda. It is All Powerful. It is also, as the name suggests, the All Dividing Force Between Peoples on the Earth Since the Beginning of Time (no acronym).

So what does it divide? Well, on one side of the line we have Donald Trump, almost all rabid business types, stock traders, bankers, certainly every evangelical leader I ever heard of, and pretty much every single teacher and administrator at Milneford Junior High school when I was there from 1977-1979.

On the other side we have an understanding of pie. Etsy. The ice man. Charlie McCarthy recordings. Paintings. Gene Krupa. Poetry.

And let me be clear: the fight isn’t even fair. The Trump guys and Business Types will be clobbered. They always are. It’s just that right now, for some reason, humanity seems to have slipped on the curb, and while trying to clear its head, has forgotten just how powerful the forces of “Us” are against the forces of “Them.”

If you want, you can call the “Them” totalitarians or autocrats. I think of them as the Humorless Sure. As the name suggests, these are people who are almost entirely humorless and yet absolutely sure of themselves. A terrific example of this would be the current Attorney General of the United States, William Barr.

In addition to his spooky resemblance to the Burgermeister Meisterburger in “Santa Claus is Coming to Town,” Barr is the living embodiment of Humorless Sure. As the name suggests, he is utterly humorless and absolutely sure that he is right. He is unwilling and unyielding. He just knows. Trying to imagine this guy chuckling and laughing at his own past mistakes (“Boy, did I make an ass of myself that night!”) is impossible. Trump is another living embodiment of this principle, although his drives are slightly more desperate and vaguely human: money, power, controlling and exploiting people, humiliating women. Trump’s minions and winged monkeys popped out of the same gross mold: Stephen Miller, Chad Wolf, Peter Navarro, and so on. All soldiers of the Humorless Sure. Certainly every banker I ever met comes from this world, and places like Fidelity Investments actually breed these people in the back room.

Unfortunately, the Humorless Sure are not only legion, but due to their slow-witted doggedness, they usually wind up running most of our public institutions. They also usually wind up the first guest on “Meet the Press” every week.

So, if that’s “Them,” then who are “Us”? And why should we feel good and all powerful against such a seemingly indomitable foe? And where does Charlie McCarthy, a ventriloquist dummy, fit into all this?

Well, Charlie McCarthy fits into this because somewhere in the early 1970’s someone in charge of audio-visuals at the North York Public Library system (someone who was, certainly, an “Us”) ordered up Vintage Classic Radio albums. Two albums I laid my hands on were 1938 transcriptions of “The Chase and Sanborn Show”, starring ventriloquist Edgar Bergen and his dummy Charlie McCarthy. It was a radio comedy variety show and it had celebrity guests and yes, the absurdity was that it was a ventriloquist on the radio, but an important fact is that it was funny and the most important fact is that I loved it. I was ten. It was 1974. In the real world, Watergate was consuming the Humorless Sure, but I was upstairs in my room with the door closed, drawing pictures or playing with G.I. Joes and listening endlessly to Charlie McCarthy.

There is no sense to this. It was just a passion, and it grew into other passions that in time overwhelmed me: books, theatre, movies, arguments, paintings, travel, you name it.

In direct corollary, there exists on this planet a guy who, also around 1974, was getting his PhD in geology. I have seen this man on many a science-based documentary show. He lives in the Arctic and measures ice flow and sediment so that he can determine – from one six- inch sample of ice – just what the weather was like for our dinosaur friends 65 million years ago. Okay, that’s pretty spectacular and mind boggling, but what’s most exciting is just how excited he is by the fact that he’s able to do this. I mean, you watch him explaining to David Attenborough just how ice particles can give us insight into weather conditions millions of years ago and you know you are looking at an obsessive, crazed, irrational person who is 100% alive.

Now let’s go back to 1938, the same year that the Charlie McCarthy shows were recorded. In that year, jazz clarinetist and bandleader Benny Goodman performed at Carnegie Hall with some of the finest musicians in jazz, essentially shattering the classical ceiling and legitimizing the form. But that’s not what’s great. What’s great is that after Teddy Wilson does an astonishing piano run, drummer Gene Krupa comes in out of nowhere and “kicks” the entire performance into some other stratosphere – it lifts my heart to even think of it – and at the end of Krupa’s run, Benny Goodman shouts, I mean shouts, in front of all those swells in tuxedos, “YES!” Benny can’t control himself. He is so excited by what his fellow musicians have done that he is 100% alive.

There was a wonderful woman at the church I used to attend who was so serious about baking pies, so proud of the sheer artistry of it, that she took a whole week off work to get ready for the fete, then stayed up the night before because she knew – knew – that the rhubarb hadn’t come out right, but if she stayed up and could finish it by 6 a.m. she could get it right. She dragged herself in at 8, with her boxes of pies, as alive as Benny Goodman, or the ice man, or me.

I knew of a guy who went to the Metropolitan Museum of Modern Art every weekend to look at the same painting. Just that one.

Masa Takayama is a famous sushi chef who says he goes to bed dreaming about sushi. He wants to perfect it, and he has yet to do it. He gets up at 4 every morning to greet the fresh catch coming in off the dock in San Francisco.

On Etsy, people are selling the most amazing jewelry they have made with incredible love and devotion, or clothing, or artwork. But the best part is, they want to hear from you, and they want to know that you love what they made.

This is the “Us.” We must cherish the power of "Us", because it is all powerful against “Them.” We are the ones who believe in pie and love, the magical rise of the clarinet in “Rhapsody in Blue” and that heart-stopping descent into the melody; we read the same poem over and over to people we love; we are awed by the Northern Lights, but are just as staggered by the light behind the tree in our backyard during a summer sunrise and the miracle of the first magical snowy morning in winter. There is a global unity between those of us who are able to tune in to this particular radio station and lie by water somewhere and read a book and disappear from this earth - versus those who can’t.

I don’t know why they can’t. I wish they could, because the people who can’t tune in to our particular bandwidth create most of the problems in this world. They certainly create all the war and devastation and famine, usually in the name of some completely idiotic cause. We must watch out for these people, the Humorless Sure, and pay attention to what they are doing, but we must never allow them to trip us up and distract us from our God given, or Nature Given, or Mother given, insight into what really matters in this life.

I once watched a woman walk straight down Fifth Avenue after a New York snowstorm had left the streets barren of all traffic. She was a black dot against the white snow. She twirled her umbrella. I never thought I’d seen anything more beautiful.

This, in the end, is what matters. 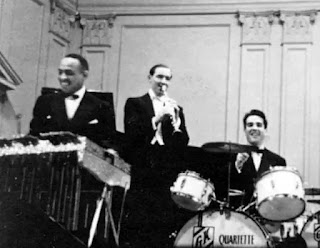