THE TIME FOR "THE FEAST OF WOLVES AND WILD DOGS" 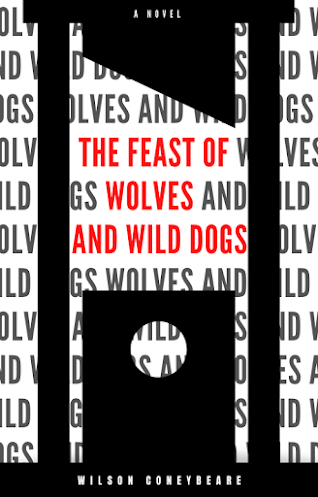 I have done something that is either daring and wise or monumentally stupid. We will soon know.

Starting Tuesday, October 13, a novel I have written is being released over the internet. In installments. For free. To anyone who wants to read it.

The reason for such a release in such a timeframe is simple: I’m convinced everyone who has any views or concern about the shitshow that is taking place in America needs to get into this story as soon as possible.

Because that’s what the novel is about: the shitshow. That said, I would point out that my shitshow makes that shitshow look like a Gymboree birthday party. And I’ve been living with this shitshow long before the other really took flight.

The book is called The Feast of Wolves and Wild Dogs and starting tomorrow it can be found at www.thefeastofwolvesandwilddogs.com.  It took me about three years to write, which means I started it, or at least started working on it seriously, in 2017. But as the work progressed, I admit I became a little freaked out. Not just because the story began to take on a life of its own (novels probably ought to do that), but because I began to imagine that the rest of the world was imitating the novel. That’s as screwy as it sounds – the idea that my novel, locked in an upstairs room in my house, scrawled out in a variety of dollar-store notebooks, was somehow dictating events in the real world – but it wasn’t entirely unfounded.

It was kind of like that Twilight Zone episode where a writer discovers that the things he describes to his Dictaphone become real. Naturally, this guy dreams up the ideal woman, the ideal house, and so on (I actually always thought this was a bit lame and limited in its scope, but it was 1962 and perhaps that’s all people thought about then: marriage and suburban housing).

Unfortunately, in the case of The Feast of Wolves and Wild Dogs, the things being dreamt up were a hell of a lot darker than anything in the Twilight Zone episode.

To explain that, I need to tell you what the novel is.

The Feast of Wolves and Wild Dogs is a huge, loud, vulgar, funny, dark, and I hope readable novel built around a very simple premise, clearly based on my read of the news at that time: what would happen if there was a French Revolution in modern-day America -  complete with guillotine?  Yep, an 18-foot-high head-cutting blade on the steps of the United States Capitol building.

My hero was going to be a guy who was brought in to fix the situation, one of the twelve last reasonable people in America. His group would literally be called The Reasoners. I thought this was kind of funny.

So, I went to work. And naturally it went through a few changes. And 800 pages later, I was done.

In those pages I wound up describing and explaining a lot of truly unsettling things, most of which I assumed came off the top of my head. As a result, I employed them with a kind of vicious whimsy, like a drunken God: mass executions on the steps of government buildings; the abduction of government officials; a nationwide virus; citizen militia who stormed state capitols and took over the State houses dressed up in cammo and tactical gear; folks rioting on the streets of midwestern towns demanding justice and fairness; Black civil rights organizations shooting it out with cops; the invocation of the 25th Amendment; National Guard on city streets; and, of course, that guillotine on the steps of the U.S. capitol.

Maybe you can now see the reason for my delusion and paranoia. A lot of these things seemed to come true as I was writing. So, I had to wonder if I was some amazing Nostradamus or a Cassandra, or just a truly with-it scribe?

I finally decided that the answer for this collision between my jumped-up fantasy and reality could be found in why I wanted to write the book in the first place. I wrote it because I was truly worried about where America is going and what might be discovered about the darkest corners of the American mind.

So, with pencil and paper, I was doing what most of my friends were doing, although I was doing it in fiction: grappling with the idiocies and stupidities that are threatening the very country we love. Those idiocies include such ideas as “right” and “left,” or the extreme partisanship which is ripping the place apart, some pretty ugly elitism, and, let’s face it, sheer incompetence.

But rather than just yack about it at the dinner table or on my Twitter, I followed these ideas down the rabbit hole to what I imagined were some of their darkest conclusions and wrapped it all up in this crazy-ass adventure story. At first, I thought maybe I ought to hold back, but as the daily news seemed to support where my story was going, I decided to just let it rip. Good or bad. And the result is that 800 page book and a very unsettling resemblance to the world in which we find ourselves.

I admit I’m somewhat frightened by this book for a bunch of reasons. 1: what if no one finds it entertaining and a good read? Okay, that’s an obvious one. 2: what if bad people take it the wrong way and decide to do crazy shit? Naturally. 3: what if good people take it the wrong way and think it’s just about the bad people?  That concerns me the most. Because that idea is just too simplistic and keeps the shitshow cycle going.

Because let’s face it, the world in general but the United States specifically is in a lot of trouble. We have lost our mooring, and when we lose our mooring, we look for someone to blame, and when we look for someone to blame, we always find it. Over the last few years, radical xenophobic nationalism has run rampant both in the United Sates as well as Europe. And it’s not just a political pose on the part of those seeking power. As the maniacs in Michigan revealed to us this week, this is now grassroots stuff, which means we may have as much to worry about Biden winning the Presidency as losing it. There are people out there who want to continue the rebellion, and with a real cause at their backs – the defeat of their deity, Donald Trump – who knows what madness will prevail?

Fortunately, my novel doesn’t get into this kind of stuff specifically. Nor is it a recipe for what we ought to do to save the republic – any republic. It’s just a novel, and we all ought to remember that the most wonderful thing about a novel is that it’s just a big shameful pack of lies to entertain you wherever you may happen to be. It’s just a story, and I believe in story more than I believe in the sun rising and setting. (Outside of a University lecture hall, story can be clinically defined as ‘and then Davey was taken by the pirates – yeah?? – and then they found this mysterious island – yeah??? – and then…’)

But I’d also be a liar if I denied I wrote this tome from a certain viewpoint. There is a stance here, and the stance is that there are Good Guys and there are Bad Guys. Now, a couple of weeks ago I wrote about Us Vs. Them in not particularly dismissive terms, but I was talking about cultural differences then, and the importance of artists; I wasn’t talking about rationalizations for genocide. Because that’s what Good Guys vs. Bad Guys always turns into. That particular card trick is one the world  has fallen for again and again, and I fear we’re going for it one more time -  just like we did in 1939, or 1914, and just as we’ve done through the ages since Sparta and Athens and before.  Ask the Rwandans about Good Guys vs. Bad Guys. Ask how it worked out for them.

The question, of course, is, do we have the wit to recognize the danger in this path and stop ourselves, or did we already drink too much of our own Kool-Aid?

That’s why I wrote the book. That and something more fundamental.

That fundamental thing can be summed up by Scrooge at the end of A Christmas Carol. Remember Scrooge in the graveyard after his rather unpleasant journey with the Ghost of Christmas Yet to Come? He asks if the horrors he’s seen are the images of things that will be, or may be? (Shrewd customer that he is, Scrooge knows there’s a world of difference).  This, in the end, may be what I’ve tried to do: act as the three spirits, and see if I can persuade Scrooge just what unbelievable hell lies up ahead if he doesn’t change his ways.

Because this week I saw a President of the United States standing on a balcony and saluting, and more public officials telling us that black is white and white is black, and a doctor lying through his teeth about just how healthy the emperor is, and just how much the emperor loves us.

Which brings me to the best thing I can say about the book.  THE best thing.

There are a lot of words in this book and I’m sure some of them are upsetting, but one word that isn’t in this book is... Trump.

Maybe a good enough reason, right there, to read it. 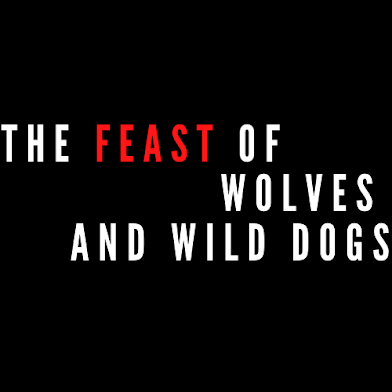