WE DESERVE WHAT THE IDIOTIC SUPREME COURT GIVES US 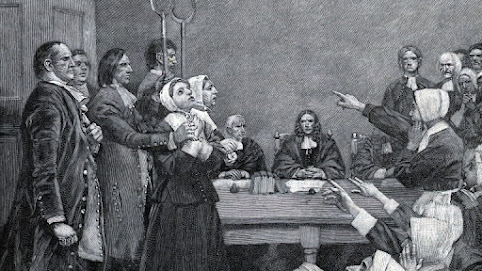 I have not written in this space for over a year. I'm not sure why. I think it's because I gave up on everything. Pure idiocy runs our world, and there's nothing we can do about it. Also, there are just too many voices yammering and typing already.  However...

COVID?  COVID is in the time period I'm talking about. Is it possible I really had nothing to say about COVID? That's depressing. No inspiration in the night; no "ah hah" during an afternoon walk when suddenly you realize you want to impart your pearls of wisdom to the world. A pandemic, for God's sakes, and... nothing to say.

But for some reason I think I do have something to say about the Supreme Court and this "leak" of their apparent decision to strike down Roe V. Wade. Who knows why? But here I am. Typing.

The news came out last night. A draft of the SCOTUS decision to kill Roe V. Wade has been leaked. This begs a lot of questions.

First off, who leaked this document? Who is the dastardly baddie responsible for this unprecedented breach?  I'm assuming the Supremes themselves. A trial balloon, if you will, to see just how mad people are gonna get. It's big, knocking this thing down which -- if we're to believe the pundits -- is something more than 70% of the population doesn't want knocked down. So why not leak? The Supremes are, after all, in some cases crazy (Thomas), in some cases  temperamentally unsound (Kavanaugh), but in only one case dumb (Coney-Barrett). So test screening might be sound. Perhaps even they know how out of touch they are.

As for the meat of what we're talking about - abortion - I'm not really interested, per se. I mean, I can understand some think an ice cube in a fertility center has more rights than a woman named Madge walking down a street, and others think that Madge's rights are more important than a tadpole, but that's not where I'm fired up.

I'm fired up because this is an issue of removing rights that already exist. Retracting. Taking away. That's bad. It's almost never worked (Prohibition, post-Reconstruction), and it should be glaringly obvious to all of us -- even if the case for state power over abortion has some merit, which it might -- just where such a trend can go. But there's a psychological side to this, too.

If Roe goes down, then this generation of Americans will be walking around and living their lives pretty much as they did before, but they will have something new inside them that they have never had before: the awareness that what they thought were fundamental rights can be taken away from them in a micro-second. Ka-bam. Gone.

They will also know, of course, that they're being governed - governed, I say - by people they never elected to a thing. I know this is an indirect democracy, but the idiotic manner in which Supreme Court justices are chosen is beyond the pale.

But let's be clear: this is their own fault.

That's because Democrats  think things will last forever. They always see blue skies, even though it was pretty clear since the 1980's that the Republicans had a very very VERY clear focus on the power of the Supreme Court, and they were right. They knew the game that needed to be played, and they won.

And now the Republican Party is entirely nuts, run by weak-kneed knuckleheads and Orban-loving fascists, to say nothing of all those bullshit artists who claim to believe in the fundamentalist interpretation of the Bible and the rapture and the rest of that nonsense. So they have a hammer-lock on this thing, and they are way more dangerous than their Reaganite forbears who set this ball in motion.

But there's another villain in this story. A villain who takes us to the root of this whole thing.

It's school. Law schools in particular. What goes into them and what comes out.

Here's my thinking: every single one of the nine people who are currently sitting on the Supreme Court has lived what the rest of us would call Bubble Lives. They've probably lived Bubble Lives since they won the spelling bee in grade one; since they got tagged as "excellent students" in the third grade, but certainly since they won that all-important Honor Roll citation. Boy oh boy, our system loves excellent do-good students, and it moves them along like the folks being shunted to the front car of a Disney ride.

At some point -- I'd say mid undergrad -- these keeners separated from the rest of us and went down the path to Bubble Land, while the rest of us wondered what we were going to do if we got canned that week. No such fear for the Bubble People. Bubble People don't get canned. They get Pinot Noir. I'm guaranteeing you, by the time they got to being actual judges, the current justices on the Supreme Court were utterly removed from the lives of the people they were soon going to govern -- and, oh yes, John Roberts, you do govern; like despots, or the clergy judges in the Salem witch trials. Call it what you want, it's a perverted governance.

The problem is that our society says these are great success stories: people who have keenered their way to the top and by the age of forty have absolutely no idea what it means to sit with a calculator and do your own taxes, or even go to a Jiffy Lube.

This description, in many cases, fits members of Congress as well, the same fools who put these Salem judges in place one way or the other. Or the privileged Presidents, or their Chiefs or Staff, or whoever is pulling the strings of the system at the current moment. They all speak the same language, and they all have their passports permanently stamped in Bubble Land.

We let this happen. It's our fault. We're asleep. Didn't make Roe a law of the land even though we had fifty years to do so, didn't pay attention to the Jesus Christers who put church about Constitution, and...

And so there they sit, the Mighty Nine, the Bubble Heads, immoveable, unapologetic, utterly sure of themselves, and never squeegeed a window in their life. And what's the end result? Women with the means will get in their cars and get abortions. Others will take pills through the mail -- although I have no idea what you do with the fetus that's still inside you. And the ones who can do neither will just be completely fucked.

They will be, by and large, poor Black women. No Bubble about them, that's for sure.

It's to laugh. This country keeps doing the same thing over and over again. The same sufferers since before the country was even incorporated. Poor Black women.

Maybe that's why I thought it was more important that COVID.